Ir a la Portada » Sin categoría » Spinal-Fluid Test Is Found to Predict Alzheimer’s
Researchers report that a spinal-fluid test can be 100 percent accurate in identifying patients with significant memory loss who are on their way to developing Alzheimer’s disease.

Although there has been increasing evidence of the value of these tests in finding signs of Alzheimer’s, the study, which will appear Tuesday in the Archives of Neurology, shows how very accurate they can be.

“This is what everyone is looking for, the bull’s eye of perfect predictive accuracy,” said Dr. Steven DeKosky, dean of the University of Virginia’s medical school, who is not connected to the new research.

The study, said Dr. John Morris, a professor of neurology at Washington University, “establishes that there is a signature of Alzheimer’s and that it means something.It is very powerful.
A lot of work lies ahead, researchers say – making sure the tests are reliable if they’re used in doctors’ offices, making sure the research findings hold up in real life situations, getting doctors and patients comfortable with the notion of spinal taps, the method used to get spinal fluid. But they see a bright future.
The new study is part of a tsunami of recent findings on Alzheimer’s disease. After decades when nothing much seemed to be happening, when this progressive brain disease seemed untreatable and when its diagnosis could only be confirmed at autopsy, the field has suddenly woken up.
Alzheimer’s, investigators now agree, starts a decade or more before people have symptoms. And by the time there are symptoms it may be to late to save the brain. So the hope is to find good ways to identify people who are getting the disease, and use those people as subjects in studies to see how long it takes for symptoms to occur and in studies of drugs that may slow or stop the disease.
Researchers are finding simple and accurate ways to detect Alzheimer’s long before there are definite symptoms – in addition to spinal fluid tests they also have new PET scans that show the telltale amyloid plaques that are a unique feature of the disease. And they are testing hundreds of new drugs that, they hope, might slow or stop the relentless brain cell death that robs people of their memories and abilities to think and reason.
But the PET scans are not yet commercially available, while spinal fluid tests are. So the new results are giving rise to a difficult question: Should doctors offer, or patients accept, commercially available spinal tap tests to find a disease that is, as yet, untreatable? In the research studies, patients are often not told they may have the disease, but in practice in the real world, many may be told.
Some say it should be up to doctors and their patients. Others say doctors should refrain from using the spinal fluid test in their practices. It is not reliable enough – results can vary from lab to lab – and has only been studied in research settings where patients are carefully selected to have no other conditions, like strokes or depression, that could affect their memories.

“This is literally on the cutting edge of where the field is,” Dr. DeKosky said. “The field is moving fast. You can get a test that is approved by the F.D.A., and cutting edge doctors will use it.”

But, said Dr. John Trojanowski, a University of Pennsylvania researcher and senior author of the paper, given that people can get the test now, “how early do you want to label people?”
Some, like Dr. John Growdon, a neurology professor at the Massachusetts General Hospital who wrote an editorial accompanying the paper, said that decision is up to doctors and their patients.
Doctors might want to use the test in cases where they need to be sure a patient with symptoms of severe memory loss and loss of reasoning abilities has Alzheimer’s. And they might want to offer it to people with milder symptoms who really want to know if they have the devastating brain disease.
One drawback, though, is that spinal fluid is obtained with a spinal tap, and that procedure makes most doctors and many patients nervous. The procedure involves putting a needle in the spinal space and withdrawing a small amount of fluid.
Dr. Growdon and others say spinal taps are safe and not particularly painful for most people. But, Dr. Growdon said, there needs to be an education campaign to make people feel more comfortable about having them. He suggested that, since most family doctors and internists are not experienced with the test, there could be special spinal tap centers where they could sent patients.
The new study included more than 300 patients in their seventies, 114 with normal memories, 200 with memory problems, and 102 with Alzheimer’s disease. Their spinal fluid was analyzed for amyloid beta, which forms plaques in the brain, and for tau, another protein that accumulates in dead and dying nerve cells in the brain. To avoid bias, the researchers analyzing the data did not know anything about the clinical status of the subjects. Also, the subjects were not told what the tests showed.
Nearly every person with Alzheimer’s had the characteristic spinal fluid protein levels. Nearly three quarters of people with mild cognitive impairment, a memory impediment that can precede Alzheimer’s, had Alzheimer’s- like spinal fluid proteins. And every one of those patients developed Alzheimer’s within five years. And about a third of people with normal memories had spinal fluid indicating Alzheimer’s. Researchers suspect that those people will develop memory problems.
The prevailing hypothesis about Alzheimer’s says amyloid and tau accumulation are necessary for the disease and that stopping the proteins could stop the disease. But it is not yet known what happens when these proteins accumulate in the brains of people with normal memories. They might be a risk factor like high cholesterol levels. Many people with high cholesterol levels never have heart attacks. Or it might mean that Alzheimer’s has already started and if the person lives long enough he or she will get symptoms like memory loss with absolute certainty.
Many, like Dr. DeKosky, believe that when PET scans for amyloid become available, they will be used instead of spinal taps, in part because doctors and patients are more comfortable with brain scans.
And when – investigators optimistically are saying “when” these days – drugs are shown to slow or prevent the disease, the thought is that people will start having brain scans or spinal taps for Alzheimer’s as routinely as they might have colonoscopies or mammograms today.
For now, Dr. DeKosky said, the days when Alzheimer’s could be confirmed only at autopsy are almost over. And the time when Alzheimer’s could only be detected after most of the brain damage was done seem to be ending too.
“The new biomarkers in CSF have made the difference,” Dr. DeKosky said. “This confirms their accuracy in a very big way.” 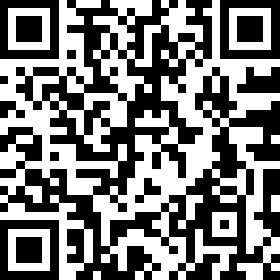